By K. A. Richardson

When Seaside’s SaltLine Hotel was still under construction in Spring 2020, the world around it was suddenly rocked by the COVID-19 virus. Faced with a partly constructed hotel just four months from its targeted grand opening date, Owner Masudur Khan calmly weighed his options and pressed forward through the chaos. Lesser businessmen might have crumbled, but Khan remained optimistic and led his team to complete the project, despite facing a number of unforeseen obstacles. 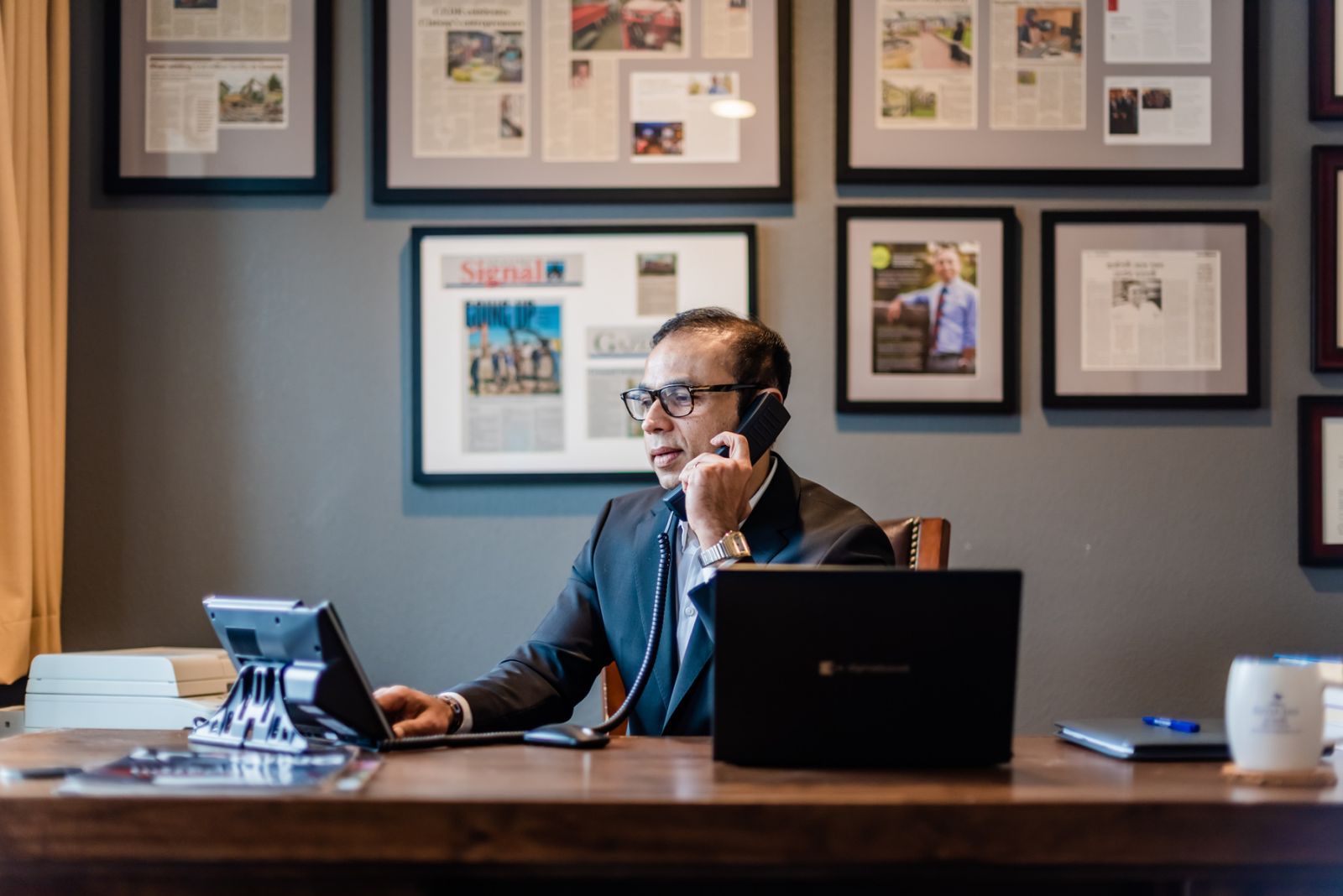 Remarkably, the ever-optimistic leader never gave up on a Summer grand opening, even in the face of highly unfavorable odds. “I didn’t really think that the challenge was anything close to impossible,” insists Khan. “I enjoy taking on and overcoming the challenges. We were really clear with our team on what our goal was and these are the benefits. It was a difficult situation, but we overcame the challenge.” The SaltLine opened for business on July 19, 2020.

Ryan Keck, Seaside Lodging’s Business Development Director, first encountered Khan in his role as Superintendent with S.D. Deacon, the General Contractor that built the stylish boutique hotel. “It was a great opportunity to work with an owner who is hands-on and not just some large corporate company like I had done before,” he emphasizes. “He was actually interested in and cared about what was going on.”

Keck is now experiencing Khan’s entrepreneurial style of leadership firsthand as a Seaside Lodging team member. In his new role, he has moved on from full-time construction into marketing, managing the maintenance staff and exploring everything from new ventures and property renovations. “One thing I will definitely say about Masudur is that he has very high expectations for all of his people,” observes Keck. “Not inflated ones, but he drives people to be the best they can be and perform at their highest level.” 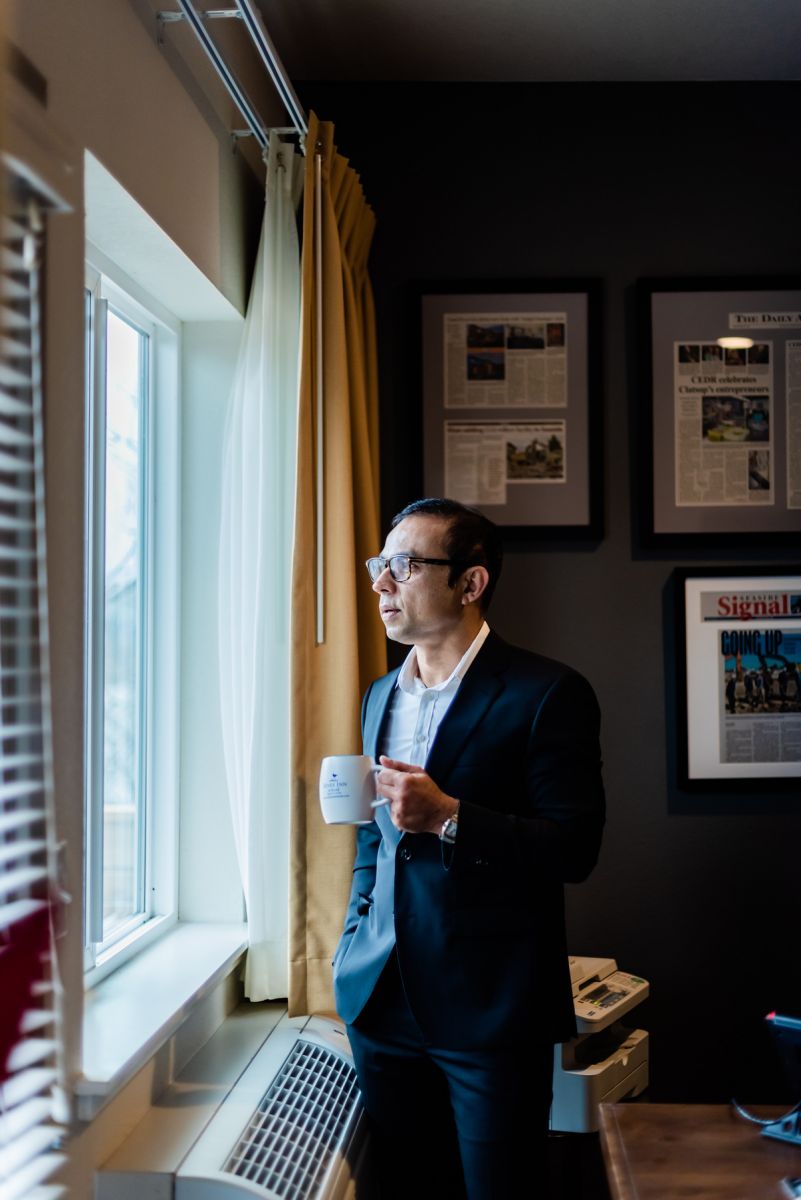 Although Munisa Komilova, Seaside Lodging’s Sales Director has worked for Khan less than a year, he has had a profound influence on her. Komilova wasn’t new to the Hospitality Industry when she started with the company. In fact, she worked for bigtime hotel brands Hilton and Hyatt, prior to accepting an offer to join Khan at Seaside Lodging LLC in May. She saw it as an opportunity to be mentored by a true entrepreneur and expand her career horizons. “For me, working with the big corporations, you get lost at times in the things that are happening every day,” she observes. “Even though you are at the property, you are relying on the corporation to make the decisions. But with Masudur’s leadership, you are involved in the decisions. You know it will make a big difference, so it’s all working together toward one thing.” 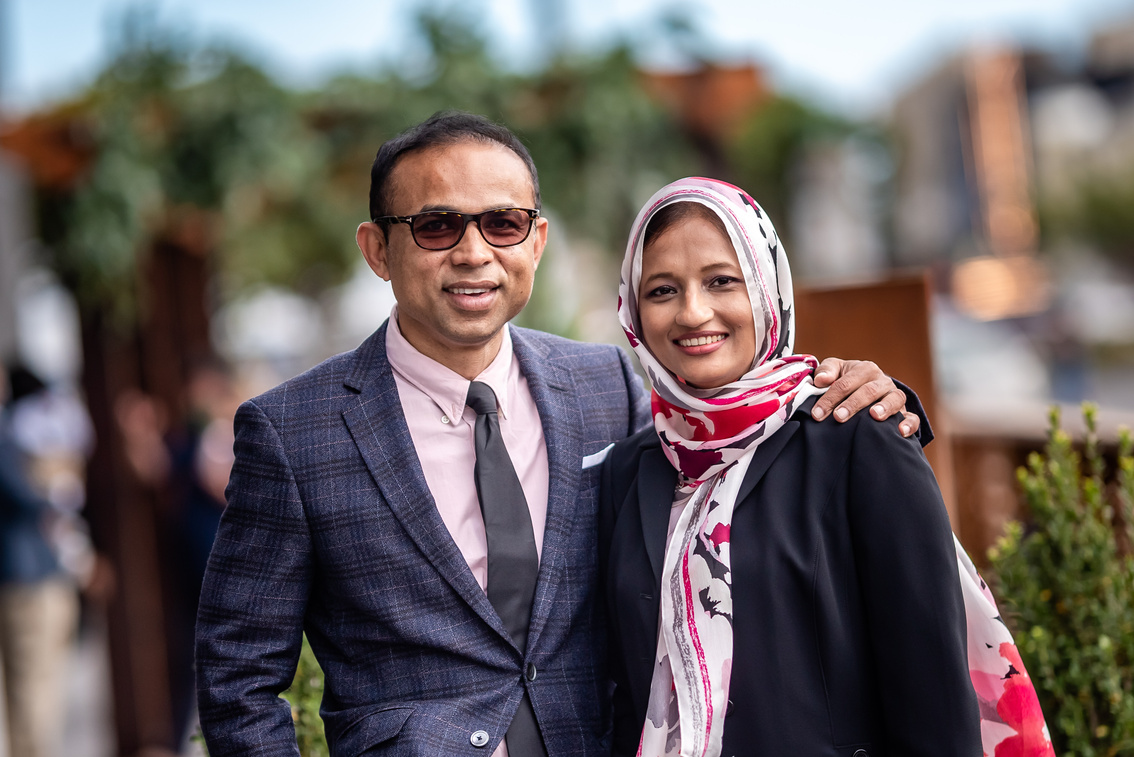 One of the most important things that Komilova has learned from Khan is the art of patience. “I remember when he was working on the SaltLine, with COVID, a lot of things got delayed, and we had to push out our opening date,” she recalls. “So many things were happening, but he’s really patient. He takes his time before he makes any decision. He looks at the bigger picture and makes wise and fair decisions. That’s the most important lesson that I have learned from him so far …and am still learning.”

Khan’s constant encouragement has led to career growth for other Seaside Lodging employees as well. One example is Jose Peon, who started as part of the company’s housekeeping staff and is now Seaside Lodging’s Maintenance Supervisor. In his bigger role, Peon leads a team of eight. “I’ve learned so many things from Mr. Masudur,” he says of Khan. “If he wants to upgrade something in one of his properties, he always asks for help on what he can do better, even though he is the boss. Mr. Masudur is a great leader and someone I want to be like later in my career.” 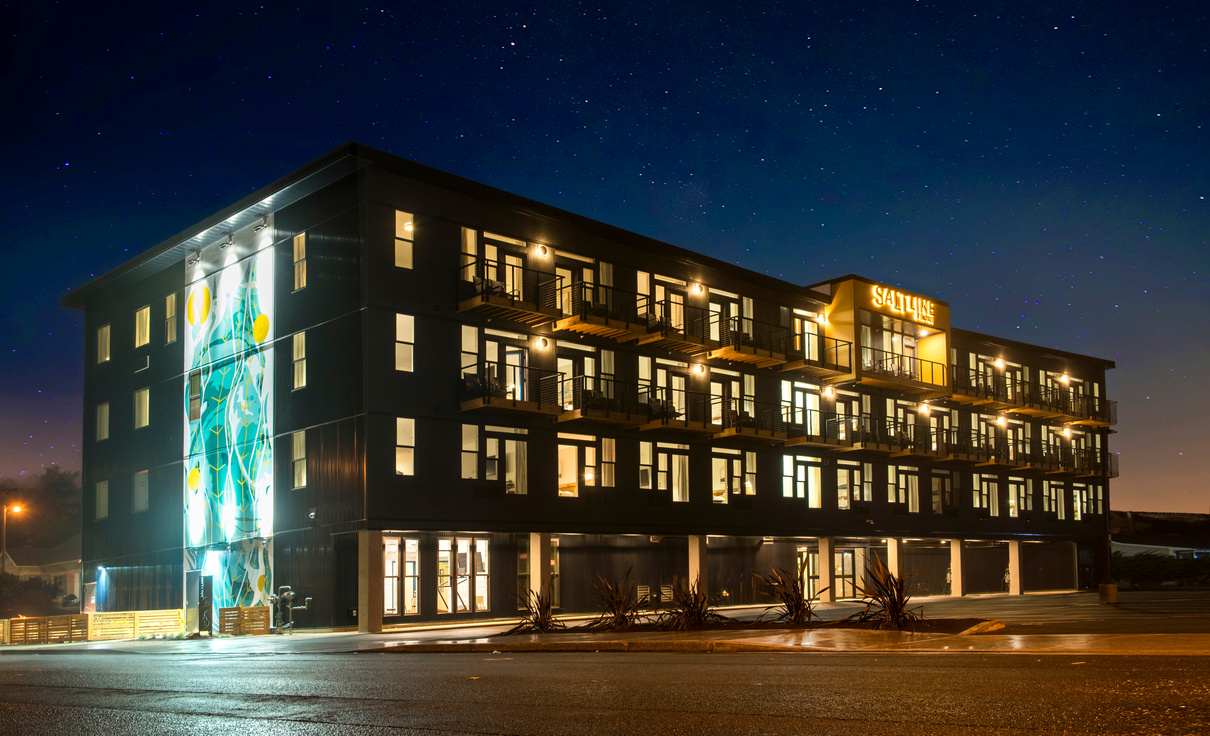 Shahed Azaz Ahmed Razon discovered Masudur Khan just as his own career was getting started. Razon read a local newspaper article titled, “From Engineer to Successful Business Entrepreneur,” which led to a friend request through a university alumni Facebook group. One thing led to another, and the two eventually met in South Asia. There, Kahn observed Razon and liked his spirit and drive. Over the years, he continued to invest time in the young maverick, giving him advice and leaving him with valuable leadership lessons to absorb.

When Khan later acquired The Hotel Tropical Daisy in Dhaka, he put his understudy in charge. “This is where I have to give credit to Mr. Masud,” as he respectfully refers to his mentor. “He believed in me when not everyone believed I could lead the new venture.” 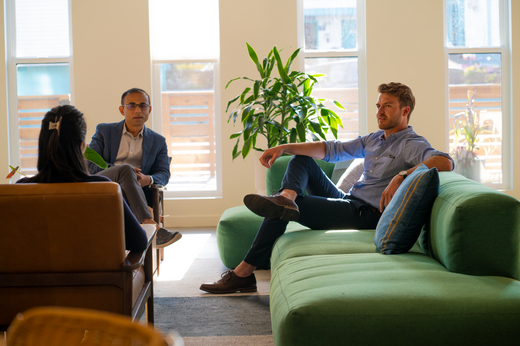 As the Hotel Tropical Daisy’s Managing Director, Razon now supervises 35 employees. “Some of my employees are senior to me, so I have to be smart enough to manage them,” he adds. “Masudur taught me that you have to prioritize your employees needs before your needs. You listen to them first.”

Clarann Register first met Khan when she was working at the Inn at Seaside, as he was in the process of purchasing the property. “It’s not very often that you find a boss that really loves what they’re doing, but with Masudur, it was obvious from Day 1,” she shares. Register has picked up a lot in the way of leadership lessons since then. “Building the SaltLine Hotel during a pandemic and watching Masudur work through that was pretty amazing,” she remarks. “To break ground in September and open in July shows you that he’s just a go-getter!” 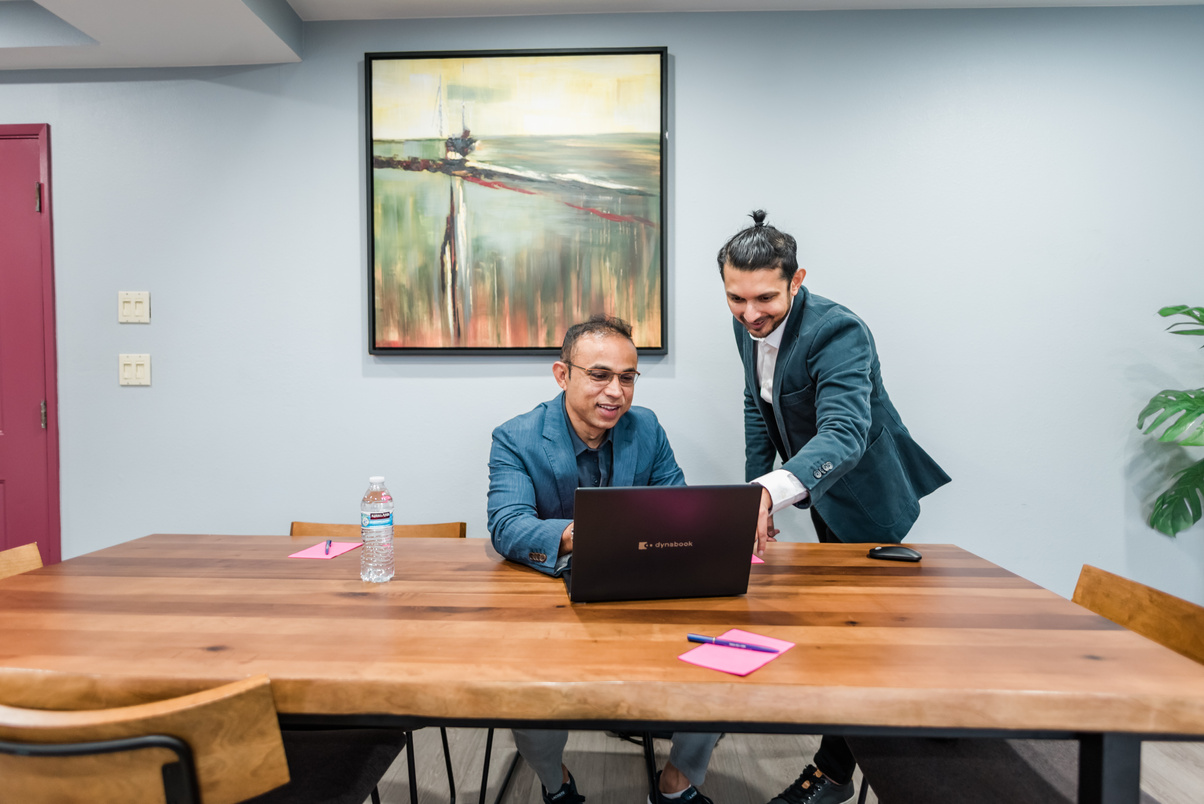 In baseball vernacular, Khan could also be called a closer. According to Keck, “The end of the project is the most crucial time and has the largest margin for error. Masudur was in there every day making sure his guys were helping us, understanding that common goal, knowing what buttons to push to keep everything moving and not just pointing a finger. Anytime I gave him a call, he was there to help find a solution. The one thing that Masudur often reiterates is that there’s always a way. You just have to keep your head down and fix the issues.” 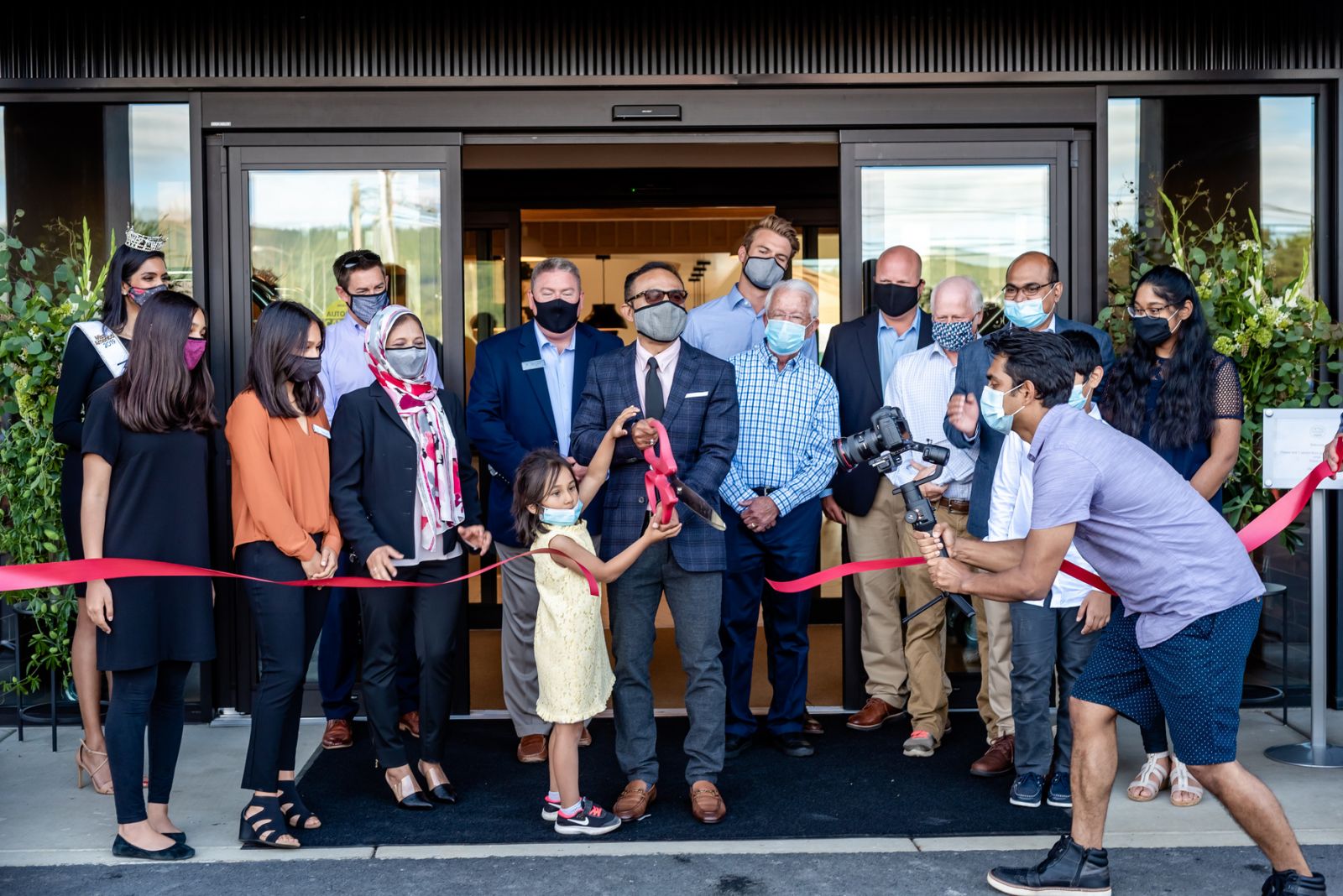 Then, once those issues are “fixed” and you’ve accomplished what many others think would be impossible (like building a luxury hotel during the stormiest of times), you celebrate and reward those who helped you reach the peak of success. And when you are an ambitious, tireless leader like Khan, you smile, take a deep breath and start looking for the next mountain to climb.